What Can I Put Down My Garbage Disposal?

One of the most useful advancements in technology is the garbage disposal, which allows us to get rid of waste quickly, easily and without the need to lug bags of garbage to the curb every week. But the purpose of the garbage disposal isn’t to replace the waste bin or the recycling bin, and it’s easy to ignore or overlook garbage disposal maintenance, which could mean you require a replacement sooner than expected.

How long do garbage disposals last? Ideally, a well-cared-for garbage disposal should last more than a couple of years, but the better care it gets, the longer it’s likely to last.

What Can You Put Into a Garbage Disposal? 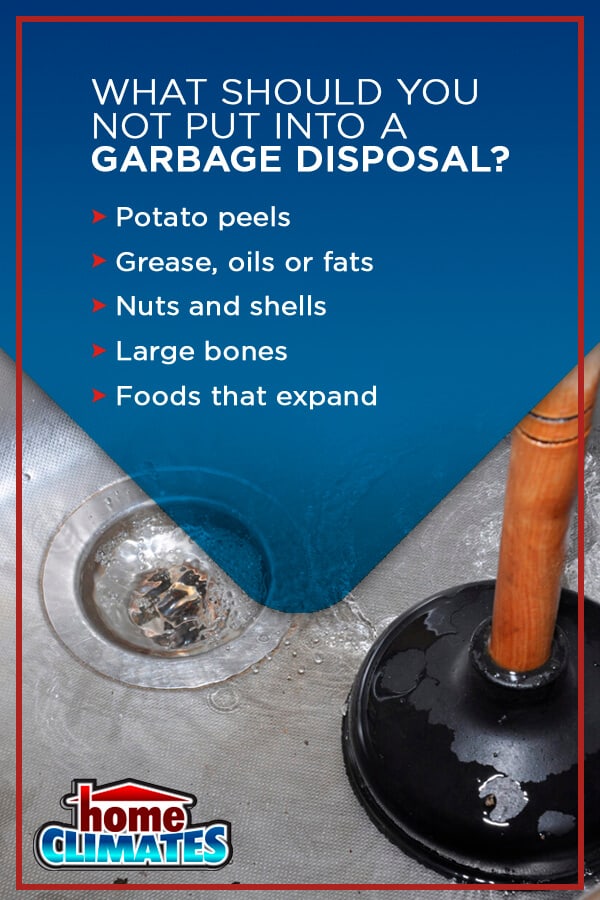 What Should You Not Put Into a Garbage Disposal?

When it comes to what’s not okay to put down your garbage disposal, the simple answer is anything that isn’t biodegradable food. This includes things like cigarette butts, metals, paper or wood of any kind. Some other things may seem like they may be okay to put down your garbage disposable but will end up causing problems in the long run. These include:

Do Garbage Disposals Need to Be Emptied?

The short answer is: Yes, garbage disposals need to be emptied. Despite best practices, foodstuffs can still end up trapped in there, which can lead to clogs and blockages. Using small pieces of lemon or orange peels while running the garbage disposal at least once a week will help loosen any food that may be stuck to the sides. It’ll also help get rid of any offensive odors.

How to Empty Your Garbage Disposal

How to Fix a Garbage Disposal

If you need to figure out how to fix your garbage disposal, you can do several things, including:

If you’ve been using cold water while running your garbage disposal and have avoided putting anything down that shouldn’t be going down a garbage disposal, the grinders may have gotten dull or broken and need replacing.

At Home Climates, we’re dedicated to offering over-the-top service for a fair price to help you ensure your home is as comfortable as it should be. From HVAC to plumbing services, we service all brands of equipment. Our service is reliable, and we offer a five-year warranty on labor.

If you need professional assistance for your garbage disposal maintenance, contact us 24/7 by calling 717-689-4151 or make an appointment online. We service several locations in Central Pennsylvania, including Harrisburg, Elizabethtown and Mount Joy. If you’re looking to install a brand new garbage disposal, we can help with that, too, and if you just have some questions, the Home Climates team is more than happy to assist you.

Get in touch by phone or online today.

Save up to $2,500 on new high-efficiency air conditioning and heating